How to increase Voting contribution in Hinduism.SE? 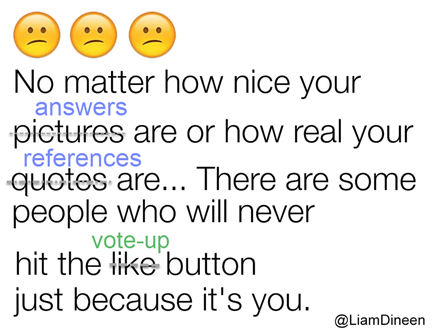 Out of curiosity, I was checking Users > Voters section. To my surprise, I noticed that even with large amount of my absence from this site, I was holding 8th rank among the voters! I would rather say, that the amount of voting happening here is relatively poor. Hence, even though "voting" has been discussed & promoted in some of the old meta posts here, I felt compelled to start this thread.

I often see, some people appreciating a question or answer with "good", "nice", "thanks" kind of adjectives, but the voting part is missing. We should think of "voting" as a fuel for the growth of any good SE sites.

Some of the high reputation users actually like to observe increase in their reputation (those green +10's you know!), but when it comes to voting others, they become too choosy.

For the sake of completeness, all are requested at least to up/down vote this post, should you feel that this topic has to be discussed. FYI, no reputation change happens in meta.

[Note: One crude & long term way is to "vote" only to those, who actively "vote". If someone suggests that way, then please come up with +ve/-ve effects of it.]

By checking your answers often for grammar, punctuation etc.

I could easily upvote lot more answers that are a joy to read.

Answers with every other word italicized, missing commas and full stops are a pain to read.

Answers with a whole lot of cut & paste, not even highlighting what you want users to read from your huge blockquotes are also a problem.

Some users don't even check if their blockquotes contain typos, unreadable text etc. which means they themselves haven't fully read their answers but they expect others to read and upvote!

As cheenbabes writes in his excellent answer:

In other words, this site should NOT cite Wikipedia, contain personal opinions, be regurgitated, or have poor spelling, grammar, or phrasing.

The point should be to deliver very high quality information and each post should showcase writing skill, if not talent.

In case others want to do this, I just left the following reminder for an active user who hasn't been voting much:

The following pages may also explain the importance of voting to users:

If you're talking about "voting as fuel", following can be the Uranium!:

Following meta posts may help you:

In the comment section to the Q, many of the fellow members feel that "Not voting to lazy voters" is not a right approach. Hence, let's keep this approach away from a general guideline & limited to personal opinion.
Even if we implement such policy hypothetically, that wouldn't solve the core issue of voting. Here are few suggestion, which I practice & are worth discussing.

1. Increase the voter base

If active/passive voters don't want to vote then, increase the people who can vote. On a funny note, this is similar to politicians encouraging for giving easy citizenships, like how it happens: in US for Mexico, in EU for middle east, in India for Bangladesh. :-)

In main SO when I joined, I was also a rookie answerer similar to how some new users come and express their thoughts here. However, because of other community members' encouragement, my reputation increased. This led me to learn SO's culture.
We all were new to Hinduism.SE at some point of time and made mistakes & still survived. Let's pass this favour to upcoming users.

This doesn't mean that, we upvote any non-sense & low quality post. Rather, if we feel that user is genuinely trying to answer but doesn't have right tools, then may be we can upvote their post & put a comment if needed. We may also follow this suggestion:
Please stop flagging (instantly) questions/answers as low quality if they are one-liners

The immediate incentive was that, sometimes I had a good laugh while voting. :D

Let's not downvote the questions easily. While downvoting a Qn, no reputation of -1 happens to the downvoter. But it does affects the asker. Qn is relatively easy & straight forward to improve compared to answer. If you feel like downvoting, then try improving it first.

Bounties are expensive for those who offer it. Let's at least refill their reputation loss by upvoting their question. There is no loss to anyone. But community gains.

This completes the circle. Share existing Q&A, which are sensational, shocking, surprising in nature, to your circle using WhatsApp & other such mediums. Nothing wrong in being attention seeker, if it grows community. For example, when some of my circle were informed that according to MahAbhArata, Krishna says "it's ok to lie to a woman while enjoying" or Krishna said that "Had Karna not killed Ghatotkacha, I would have killed him", some of the people were shocked & surprised.

Here is a very limited list of such Q&A:

35
The copy-paste issue, Hinduism version
20
Official policy for deleting answers that don't cite sources
9
(UPDATE: NEW ANSWER RIGHT BELOW) Where have the votes gone? A reflection into the dismal state of the site
10
Is it fair to promote own posts by either linking them into own Q&A or making insignificant edits?
6
I need a query for finding out users with high voting rates
11
Please try to appreciate others' views, answers and perspectives - even if you don't agree!
8
Please stop flagging (instantly) questions/answers as low quality if they are one-liners
2
Is it encouraged to vote on questions which are off-topic?

7
How to create a new chat room that's specific to Hinduism.SE?
3
How much reputation you need to have in order to create a tag?
2
Why down voting comments not allowed?
2
Can I add scientific validity in my answers to increase usefulness
3
Does system auto detect serial voting here on meta?
8
On the Community user voting and commenting on posts