This discussion is neither intended for the few novice users who post low quality answers nor for actually "not an answer" kind of posts. Rather it's intended for the situations, where moderators end up deleting a post from an active user who is well versed about site rules.

Suggestion: For the posts which are not straight forward candidate for deletion/closure, the moderators may comment under the post & give some time for improvement & discussion. Then it should be followed by the deletion/closing.

There might be multiple instances, however I will describe about my answer being deleted:
What does Hindu scripture say about class hierarchy? 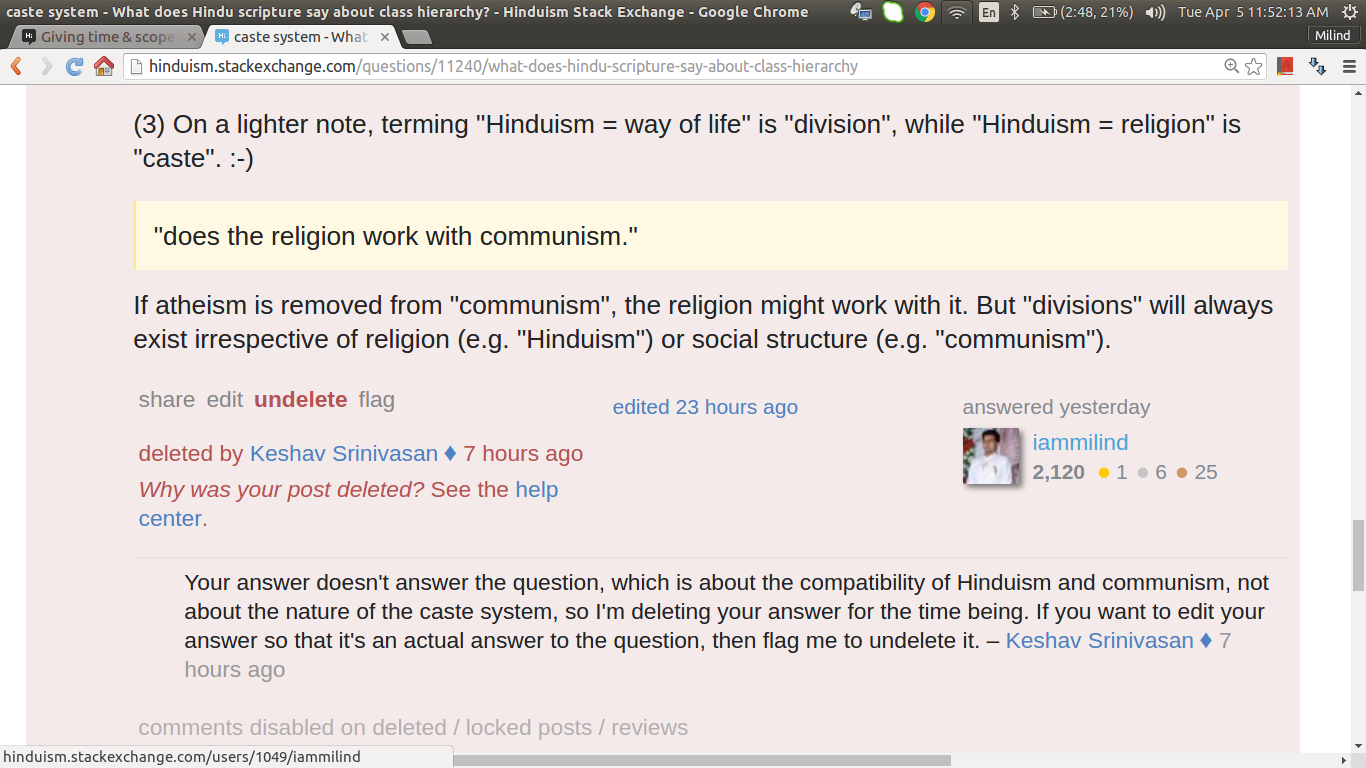 (1) Mod wanted to know about "compatibility of Hinduism and communism" as per comment, but the OP doesn't ask that part anywhere. OP has bit generalized it to "the religion" in very last statement. Nevertheless assuming that "religion = Hinduism" (which is actually not true), I have answered both the things as seen in my last paragraph above. 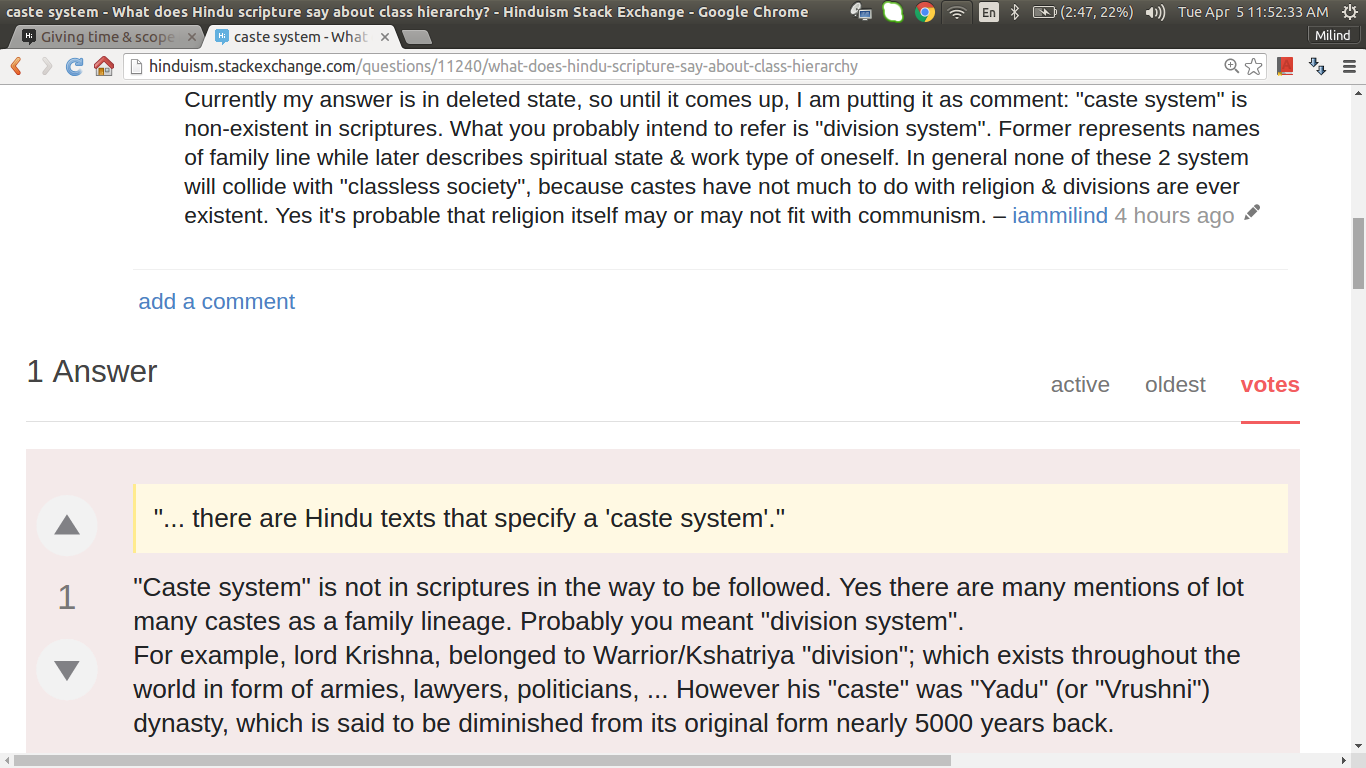 (3) Next, OP wants to know whether the "caste system" can be followed in classless society. Though he/she doesn't want to know about "castes", but welcomes contexts. That part is also answered: 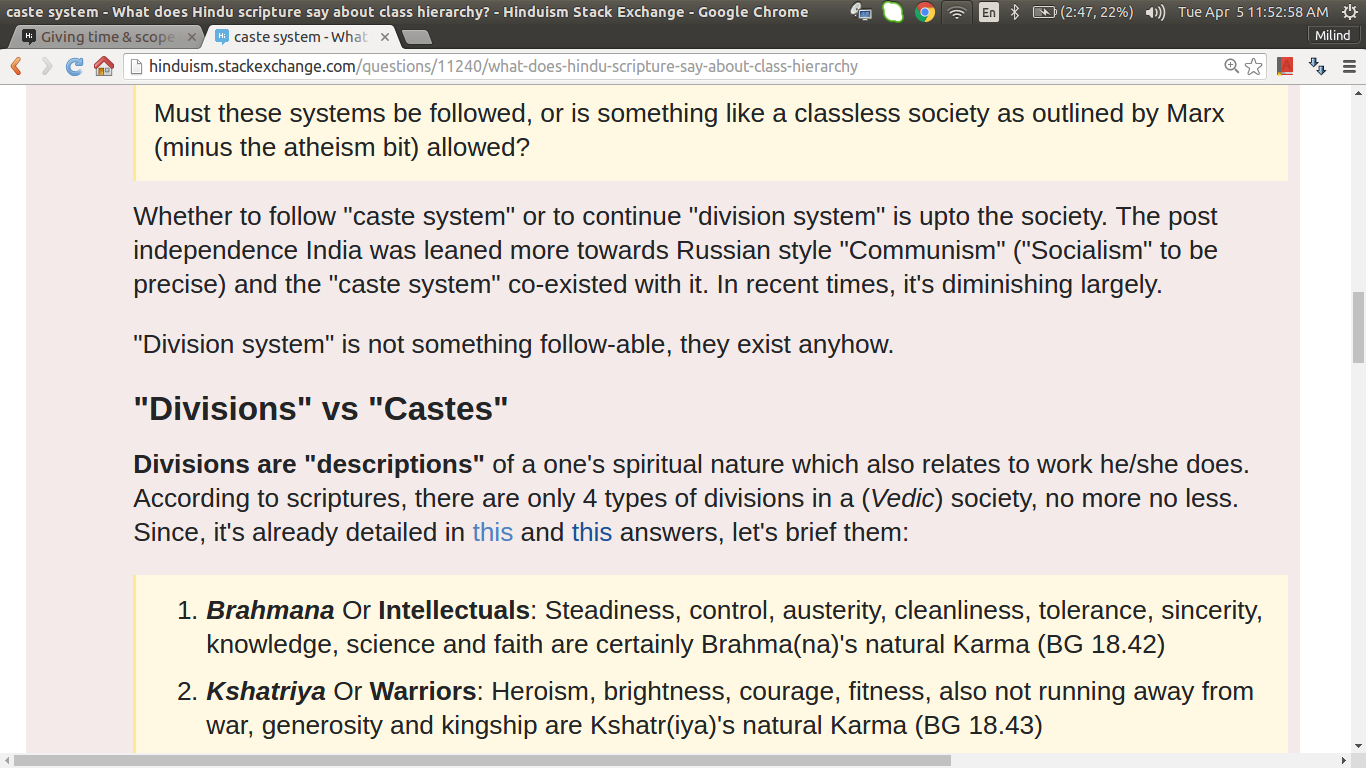 (4) Lastly the title of the Q. This is where the complete context is needed, because OP is actually pointing towards "division system", misinterpreting as "caste system". That part is also answered with proper analogies. 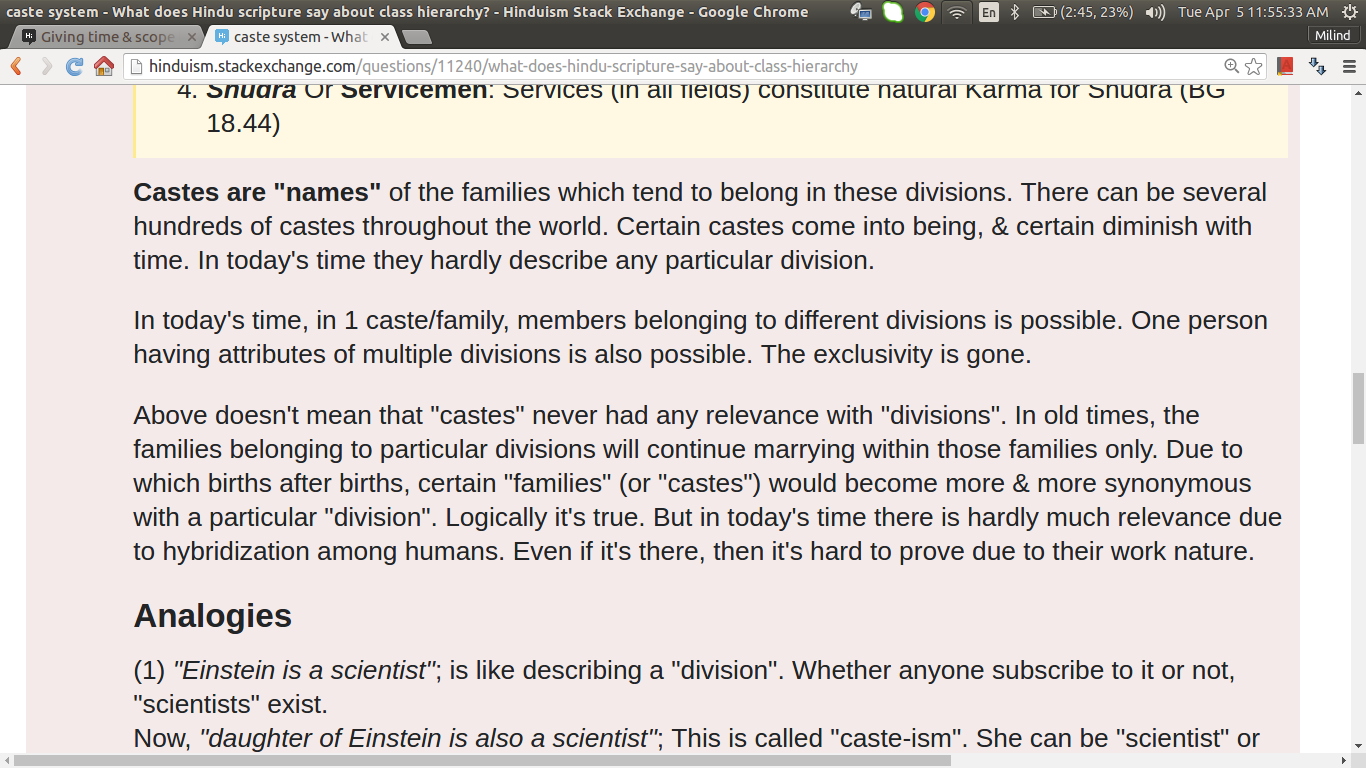 Objectively, I don't feel anything which was not answered. Scriptures were also backed up. To reduce the length, other 2 answers were linked inside that answer.

Upon discussing this with the moderator in their chatroom, I failed to convince. Ofcourse many may agree or disagree with me. But this is definitely a case which is not worthy of "straight away delete".

Another request: Kindly don't bring personal disliking for something as a decision maker. e.g., there are few foreigner's questions (including this) who felt that "Hinduism" promotes "caste-ism". It's our moral responsibility to clarify to them, that sane Hindus never believed in such rotten system either. Some people may really like "caste-system", which is not wrong. But this should not be a basis of deleting or closing anything. One can always down vote.

20
Official policy for deleting answers that don't cite sources
5
Are placeholder answers ("Go with this interpretation for now, I will add sources later!") allowed?
3
Answer wrongly deleted - 2 [resolved]
3
Is the moderator justified in deleting this answer?
6
Upvoted and accepted answer deleted by moderator
-2
Should we change at least one of our current moderators?

9
Voting to have Keshav Srinivasan take a sabbatical as a moderator
5
Why was my this answer deleted?
3
Why is this answer not deleted yet?
2
Answer wrongly deleted - 1 [compromised]
6
New users and community responsibility
5
If N users flag an answer for "source not cited", add the banner automatically
4
Why answers are being deleted by moderator?
5
Why have the comments on this question been deleted?