Why have the comments on this question been deleted?

Recently a question was asked on the site namely : Did Hanuman actually fly to get herbs from a mountain?

This question being opinion based could not be answered in the answers section and thus some helpful members, including me thought of solving his doubt by adding comments. For example my comment attempted to explain that just the way birth and death certificates are historical records for governments, so also are the itihasas.

However today when I opened the site, I see that all the comments have been deleted. Here’s a screenshot for reference, showing 0 comments: 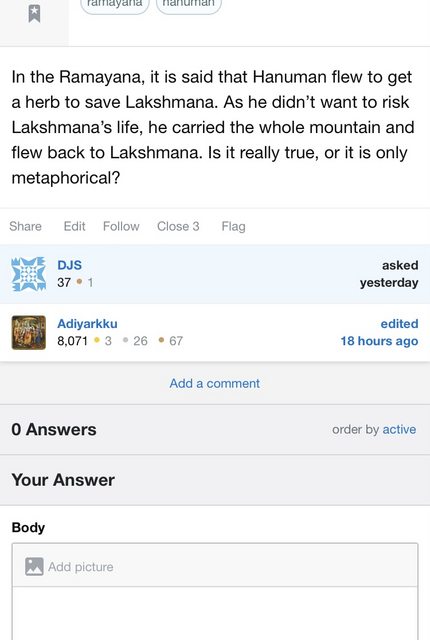 Now the guidelines for deleting comments are as follows:

Comments are temporary "Post-It" notes left on a question or answer. You should not expect them to be around forever. Once a clarification has been made, an edit added to the post to include new information, or the issue in the comment is otherwise resolved, it can be deleted. Additionally, any comment that violates the comment guidelines listed above or the Code of Conduct is subject to deletion

As we can see, when it is obsolete, an issue is resolved or the comment violates the code of conduct, then only it can be deleted.

Why most of the comments do not warrant deletion?

Accordingly for most of the comments deletion was not yet warranted

Yet all the comments have been deleted. I would like to know the reason for this? If it has happened inadvertently then I’d request their restoration.

(Technically deleting or not deleting doesn’t make a difference for the Stack Exchange server as comments are also always saved. It’s hard to imagine the comments were deleted to save space? Like once a comment has been posted, even after deleting it’s always there eating space, so where it doesn’t warrant deletion, why delete it?)

In this case, except two comments others are deleted by one of us. For those two comments, we mod team decided to undelete only one as they come under exceptional criteria.

Those criteria are already provided in an answer on a similar issue in this thread: Why was my comment deleted?. Please visit this post to learn the reason.

Also there is a detailed meta post on comments, highly recommended to visit: How do comments work?

Not the answer you're looking for? Browse other questions tagged discussion comments .

10
Can moderators delete comments without notifying the user and without citing valid reasons?
3
Why is this answer not deleted yet?
4
Why is there selective deletion of comments challenging the moderators, especially one moderator
7
What do we do with the comments which give wrong information and posted on wrong assumptions?
2
Why is this short answer deleted though it is answering accurately?
4
Why was this flag declined?