Want to improve this question? Update the question so it's on-topic for Hinduism Meta Stack Exchange.

Sanskrit language is the most important language for sanathana dharma in the sense that most of the scriptures are written in Sanskrit and much more.

Sanskrit is the classical language of Indian and the liturgical language of Hinduism, Buddhism, and Jainism. It is also one of the 22 official languages of India. The name Sanskrit means "refined", "consecrated" and "sanctified". It has always been regarded as the 'high' language and used mainly for religious and scientific discourse 1,2.

From this answer, asking questions on Sanskrit language in our main site is off-topic

We should mark questions related to Sanskrit language as OFF-topic

I came to know that Sanskrit stack exchange also exists once up on a time, but discontinued due to some reasons, which I do not know.

But now with the above quoted reasons, I am feeling that there is a necessity for opening a new sister site for Hinduism stack exchange, which will be useful for us to discuss questions related to the Sanskrit language.

Please share your fresh opinions about possibility, merits and demerits of such new Stack exchange site for Sanskrit language only.

As far as I know two attempts has been made for Sanskrit Language Stack Exchange which has been removed due to lack of activity. Following is a screen-shot of the Area51 page on Sanskrit Language from where you can check how definition page had gone.

By the way, I think one of the obstructions/resistance is that many people prefer to learn Sanskrit through mother tongue rather than English. (This is just my possible opinion)

One important thing we should keep in mind before starting proposal is that We should have enough mass committed to participate in definition phase and ask well received questions which would be useful to define the scope of community.

How do I start a new site?

... All we ask is that you have an enthusiastic, committed group of expert users who check in regularly, asking and answering questions.

That's why when you'll try to make a proposal, Stack Exchange will ask: 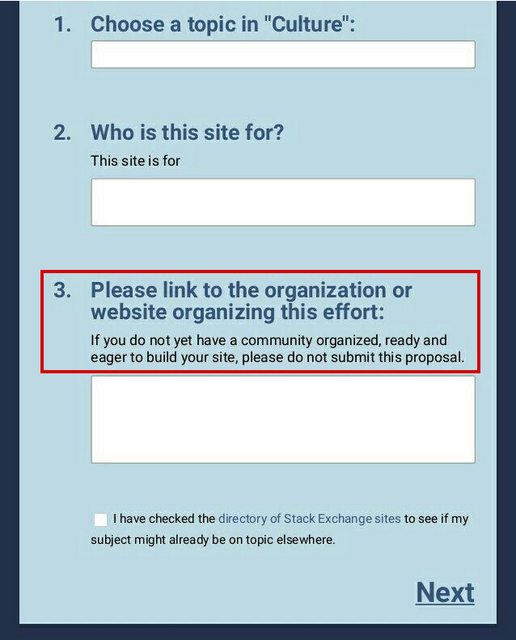 Q. Please share your fresh opinions about possibility, merits and demerits of such new Stack exchange site for Sanskrit language only.

There are no demerits, such community will be very useful, also helpful to this community. The only thing we needs to keep in mind is the possibility which is discussed in this answer. Since we want to make a proposal, we first need to gather mass, then make proposal and then invite/draw interested users to follow and vote. Go through Changes to the Area51 Process V3.0 to know the criteria.

How can I propose a new site?

Our site meta is not a correct place to discuss about that question. Sanskrit might be the language in which Hinduism scriptures are written but it is still a language. For a formation of a new site, we should follow a procedure on Area 51.

12
Should we close questions related to Sanskrit language and grammar as off-topic?
2
Do meta questions have a quality standard?

6
How to create a new chat room that's specific to Hinduism.SE?
12
Should we close questions related to Sanskrit language and grammar as off-topic?
13
A call to action: what do you want to see here?
8
Update the help center page with all off-topic reasons and other changes
7
Are transliteration questions on-topic for the site?
6
Is there a change in the policy regarding closure of verse translation questions?